About Us
Legal services
team 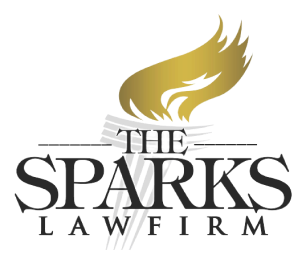 Scan to pay with cash app

Enter information to pay with paypal

We measure our success by your victory. These are a few of those victories.

The Sparks Law Firm believes in the First Amendment, and we believe in the people's right to be heard. We also believe it is our duty to help those who put their freedom on the line to exercise their rights.

When our firm became aware that a protest regarding George Floyd's death would occur in Houston, we partnered with other law firms to create what is known as the Houston Protest Defense Team (HPDT). The defense team worked with local organizers and activists to create a protest hotline. We wanted to ensure that citizens exercising their rights to free speech knew they would be provided free legal services by competent attorneys.

We created this hotline proactively and thought that maybe we would get a few calls afterward. Shockingly, we talked to hundreds of Texans both during and after the protests. By the end of the week, we had received more than 500 calls to sign up for representation through the HPDT. Through the defense team's efforts, we were able to obtain more than 800 misdemeanor dismissals. The defense team successfully secured relationships with other firms and entities that provided free expunction services for everyone charged.

The protests resulted in felony and misdemeanor charges, but the state only agreed to dismiss the misdemeanors. There were approximately nine total felony arrests. The Sparks Law Firm represented one of the nine people accused pro bono. We were able to ultimately obtain a dismissal.

In our criminal defense practice, one of the more insidious police practices we encounter is the arbitrary inclusion of people of color into the gang database. We see police unilaterally enter people's names into a gang database without their knowledge, without notice, and without a criminal conviction for organized crime. What we were not aware of precisely was what law enforcement was doing with this information. When one of our clients was served in court with a petition in 2015, alleging that he was a gang member and could not go within a specific part of town, it all started to make a little more sense.

Through the criminal code, being in the gang database can deprive you of your right to carry a firearm. It can unjustly allow the state to enhance your charge up to engaging in organized criminal activity. In the civil courts, being subjectively placed into a gang database can allow you to be called a nuisance to your community. It can allow your rights to be restricted as a free person.

In 2015 this same tactic was attempted by former Harris County Attorney Vince Ryan. The Southlawn Gang Injunction petition named more than 90 Black men and alleged that they were a nuisance to their own community. The injunction aimed to restrict the men from existing within a particular geographic area even though this was the community where they lived and raised their families. Knowing that we needed an army to fight against this misuse of power, we created a team of lawyers to represent all 92 men for free. The team fought vigorously for each young man's rights enlisting the entire community to assist in spreading the message about what the County Attorney's office was doing. After months of tireless work, the Southlawn Gang Injunction was dismissed. This injunction wasn't the first filed, but it was the first one fought. No other injunctions of this kind have been filed in Harris County since then.

Mr. Zuniga was on 50-year parole for murder at the time of his arrest for possession of a weapon in October 2019. Due to parole, he had to fight his criminal case from jail. After the criminal charges of 2019 were dismissed, he had to remain in jail for an additional month awaiting a parole revocation hearing date. He remained hopeful because he had hired The Sparks Law Firm. In fact he was so impressed with Monique and the firm’s staff that he hired her immediately after their first meeting. He believes that we need honest lawyers, and Monique Sparks is it. Mr. Zuniga said “There aren't many lawyers that can handle work as she does”. Within the system, Monique Sparks is a trusted name. He would talk to other inmates, and they would tell him that he has a good lawyer in Monique and she was going to get him out.

Monique handled his case successfully and, finally, the Parole Board decided to discharge his parole completely. Jaime is now a free man, and he's very excited about that. The Court also chose to dismiss all criminal charges as of October 2020.

Walked in a Client , Left out as Family

I was charged with Aggravated Assault with a Deadly Weapon for an accidental shooting on FaceBook Live in 2018. My story received a lot of media coverage. I feared that no matter who I worked with, people would judge me for my mistakes.

I had not had any experience with the criminal justice system, and I didn’t know how to fight for myself. The Sparks Law Firm helped me not only with my case but getting my life on track. When I was at my lowest point, they helped me get involved in community service where I worked with kids. I used my story of the worst day of my life to teach and encourage children. This helped give me my voice back. They also employed the use of experts to help explain every aspect of my case. Most of all – they kept me encouraged and taught me how to fight. By the time I had my hearing, I had moved from a place of shame to accountability. I knew that I had a team in The Sparks Law Firm that would be with me the whole way.

During my six-month sentence, The Sparks Law Firm stuck with me. They wrote me letters, provided me books, initiated phone calls and visits to keep my spirits up until the time I was granted Shock Probation. Since my release, I’ve continued to work with the team to offer the same support for other clients as they offered me.  I will never forget how committed The Sparks Law Firm was to standing by my side through such a difficult time.

Ready for us to fight for you?